All You Need to Know About Homeopathic Remedies 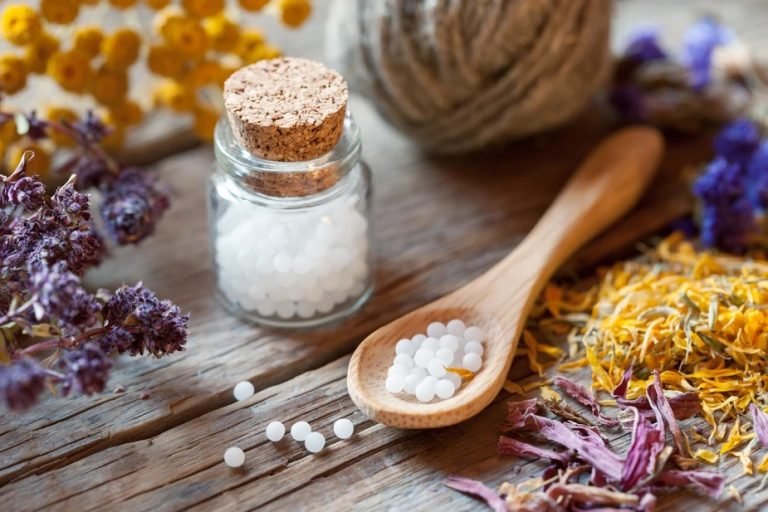 This is to promote awareness about Homeopathy which includes preparation, action, dosage and administration of Homeopathic medicines.

The word ‘Homeopathy’ is derived from two greek words ‘Homois’ means similar and ‘pathos ‘ means suffering. It is based on natural law of healing ” Similia Similibus Curantur’ which means ‘like cures like”. Homeopathy is a holistic system which treats patient as a whole with the medicine which is capable of producing symptoms similar to the disease when taken by healthy people. Homeopathy stimulates the body’s own healing process ( increases immunity ).

Dr. Christian Friedrick Samuel Hahnemann is Father of Homeopathy. He was a German Physician ( 10 april 1755-2 July 1843). He was proficient in number of languages, he loved chemistry, he was wonderful orator. He studied medicine at Leipzig but he was dissatisfied with the state of medicine in his time which was more painful to patient than the disease itself. After giving up his practice, he started working as a translator of scientific and medical books. While translating William Cullen’s Materia Medica, Dr. Hahnemann encountered the claim that Cinchona, the bark of peruvian tree, was effective in treating malaria because of its astrigency. Dr. Hahnemann believed that other astringent substances are not effective against malaria and began to research cinchona’s effect on human body by self-application. Noting that the drug induced malaria like symptoms in himself, he concluded that it would do so in any healthy individual. This is how Law of SIMILIA was formulated.

What is Homeopathic Medicine?

The Homeopathic system of medicine is based on subjective and objective symptoms of ailments and the medicines are not disease- specific. The similimum ( most similar remedy) is selected by Physicians after proper case taking, analysis , totality of symptoms (symptom similarity ), individualisation and repertorisation. Thereafter proper dose (potency) of medicine is selected and medicine is prescribed in minimum Dose . Medicines are effective in both acute and chronic cases.

Homeopathic remedies are prepared from natural sources such as :

Homeopathic remedies are also prepared from certain insects such as spanish fly (apis mellifica) or animal products like venom of cobra (naja), etc.. are obtained from animal kingdom.

Healthy secretions of body such as hormones ( thyroid hormone for instance ) are used.

– Safe for all age groups

Homeopathic remedies are absolutely safe and not have any side effect. It stimulates the immune system of your body.

– Complete cure of the disease

Homeopathic medicines provide holistic treatment for every kind chronic ailment. The recovery process involves improvement of over all well-being of the patient and ensure better health on a long term basis. It helps to cure the main cause of problem from its root.

Homeopathic remedies are made from natural ingredients and are safe for pregnant ladies and infants. Also, people who are under hormonal treatment or taking radiation or chemotherapy treatment can also take homeopathy remedies to boost their health.

Another advantage of Homeopathic remedies is that medicinal doses can be easily prescribed.

These medicines are generally dispensed as tiny sweet sugar pills which are not only easy to carry but can also be easily given to children.

Homeopathic remedies are very cost effective as compared to other systems of medicine.

Homeopathic remedies are easy to administer and their shelf life is longer than allopathic and ayurvedic medicines.

How are Homeopathic remedies made?

Homeopathic remedies are prepared by a specific process called “potentization” which involves sequential dilution and succussion (vigorous shaking/striking on an elastic surface).

Insoluble solids, such as platinum, quartz and oyster shell, are diluted by grinding them with lactose (trituration).

This preparation process occurs as follows:

First of all the substance is dissolved into a double-distilled water/alcohol mix or finely ground in milk sugar.

Then the solution is succussed (shaken or pounded or striked hard on elastic surface), and then a drop of the solution is diluted again in ratio of 1:10 or 1:100 or 1:1,000 as per need.

The process is repeated as many times as necessary to achieve the desired potency.

Once the desired potency is reached it is packed in glass bottle and labelling of name and potency of medicine is done on it. Also the dilution can be then sprayed on pellets of milk sugar (globules) which act as a carrier for the remedy.

The first scale that Hahnemann developed during the early years of Homeopathy is the centesimal scale. As its name would suggest, it has a 1:100 dilution ratio and it is prepared in the following manner:

Step 1: One part of the mother tincture is diluted in 99 parts of a water and alcohol mixture.

Step 2: This liquid is then succussed 10 times in its bottle by firmly hitting the bottle’s base against a firm surface such as the palm of a hand or a leather covered book. The resulting liquid is called a 1C potency, “1” referring to its first stage of dilution and the Roman numeral, “C”, referring to its 1:100 dilution ratio.

Roman numeral, “M”, would indicate it had been diluted and succussed 1000 times.

Step 3: One part of this 1C potency is again diluted and succussed in 99 parts of a water and alcohol mixture to produce a 2C remedy.

Step 4: This serial process of dilution and succussion, called potentisation, is further repeated to produce increasingly higher potencies of the remedy.

The decimal scale was the second potency scale to be produced in the development of Homeopathy. It has a dilution factor of 1:10 meaning that one part of the mother tincture or potency is diluted in 9 parts of a water alcohol mixture. Like the centesimal scale, the decimal scale still has 10 succussions between each dilution phase. Roman numeral “X” is used to indicate its 1:10 dilution ratio. A 3X potency, for example, indicates three stages of dilution and succussion.

These potencies are the third and final scale developed just prior to the death of Hahnemann. The fifty-millesimal scale is deep acting and flexible. Unlike other potency scales, fifty-millesimal remedies should not be dispensed as tablets or globules but only as liquids.

One grain of a medicinal substance is triturated with 100 grains of milk sugar for one hour, and then a grain of that is triturated with another 100 grains of milk sugar for an hour, and the process is repeated three times, so that you have three hours of trituration. Then one grain of that is dissolved in 500 drops of a mixture of 90 proof grain alcohol and one part distilled water. A single drop of that is mixed in a vial with another 100 drops of grain alcohol, corked tightly and succussed 100 times. This is the first degree of dynamization. Then fine sugar globules are moistened with the liquid, dried on blotting paper, put in a corked bottled and labeled the LM1 potency. To prepare the next strength a globule of the previous strength is placed in a new vial with a drop of water to dissolve it, then 100 drops of wine spirit or grain alcohol is added to the vial. The tightly corked vial is successed 100 times, and the process of moistening sugar globules with the remedy and labeling it LM2 is completed. This process is repeated for each subsequent level of dynamization. The symbols, 0/(number) are used to indicate that it has been prepared in a fifty millesimal dilution scale. For example, a Q6, LM6, or 0/6 remedy will have passed through six stages of potentisation while a Q30, LM30 or 0/30 will have been potentised thirty times.

How are Homeopathic remedies labeled?

A solution that is highly diluted is described as as higher “potency” medicine, and more dilute substances are considered to be stronger and deeper-acting.

Homeopathic remedies can be used in several different ways depending upon the various factors as vitality of patient, duration of illness (acute or chronic), age of patient, sensitivity, etc. After case taking and repertorisation the similimum (most similar remedy) is selected and then potency, dose and repitition of homeopathic remedy is decided based on severity of case.

It refers to the degree of dilution that a homeopathic remedy has undergone in its manufacturing process. This is indicated by the number and letter listed after the name of the remedy. For example, Aconite 30C has undergone 30 steps of dilution, each step having been a one-to-one-hundred dilution (indicated by the letter “C” meaning centesimal). Remedies can be dispensed in liquid form as well as in form of medicated sugar pills (globules).

While using LM potency remedies should not be dispensed as tablets or globules but only as liquids.

Which potency to use?

It depends on the health and vitality of the patient, the nature of the illness that they have, and their response to that illness.

The following is a brief overview of how these factors are used in potency selection.

• In those with good strength and vitality ( children and adults)

• In those not overly sensitive to medicines

• In those with a history of positive responses to remedies

• When the illness is acute or sudden

• When the patient is responding vigorously to the illness.

In Chronic cases best remedy for the overall health and symptom state of a person is prescribed after taking into account the full range of physical, mental, emotional, and spiritual states of the person.

The remedy is given once in single dose in HIGH POTENCY and then responses are observed for weeks to months. This is called Constitutional treatment in classical homeopathy.

• When the illness is chronic or slow

• When the patient has an indolent response to the illness.

Also, in an acute cases/first -aid or in patients with colds, flu, fevers, injuries, etc.

LOW potency (mother tinctures, X potency, 30 potency) remedies may be administered frequently and repetitively, depending upon the situation .

What Dosage to take?

Globules act as a carrier for the remedy.

Dose can be taken in form of single dose or medicine can be repeated frequently depending upon the case history.

This is how homeopathic remedies can be used.

Please sign up to stay in touch and get latest updates on my Blog!