A boil, also called a furuncle, is a localised skin infection of the hair follicle. It is most commonly caused by infection by the bacterium Staphylococcus aureus, resulting in a painful swollen area on the skin caused by an accumulation of pus and dead tissue. Boils which are expanded are basically pus-filled nodules. Individual boils clustered together are called carbuncles.

Carbuncle is a hard, circumscribed swelling, similar in appearance to the boil, but larger, more highly inflamed, and more protracted in its course. The inflammation terminates in mortification, and small holes are formed in the centre of the carbuncle, from which issues very unhealthy matter. Boils may appear on the buttocks or near the anus, the back, the neck, the stomach, the chest, the arms or legs, or even in the ear canal, eyes, gums, etc.

Carbuncles are common at the base of the neck. They may be accompanied by fatigue and fever. They are slow to heal, slough off tissue with blood and pus, and can cause scarring. 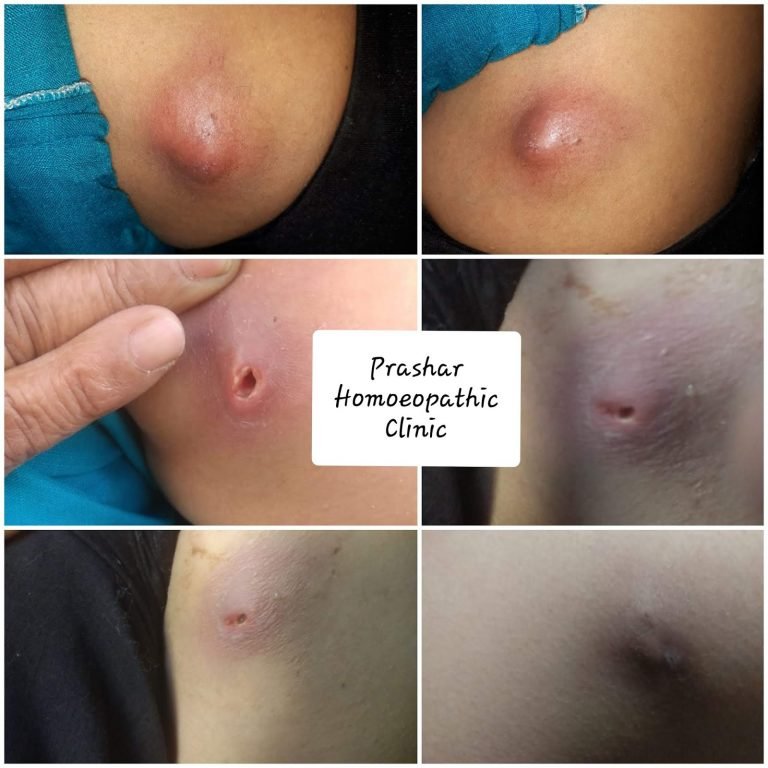