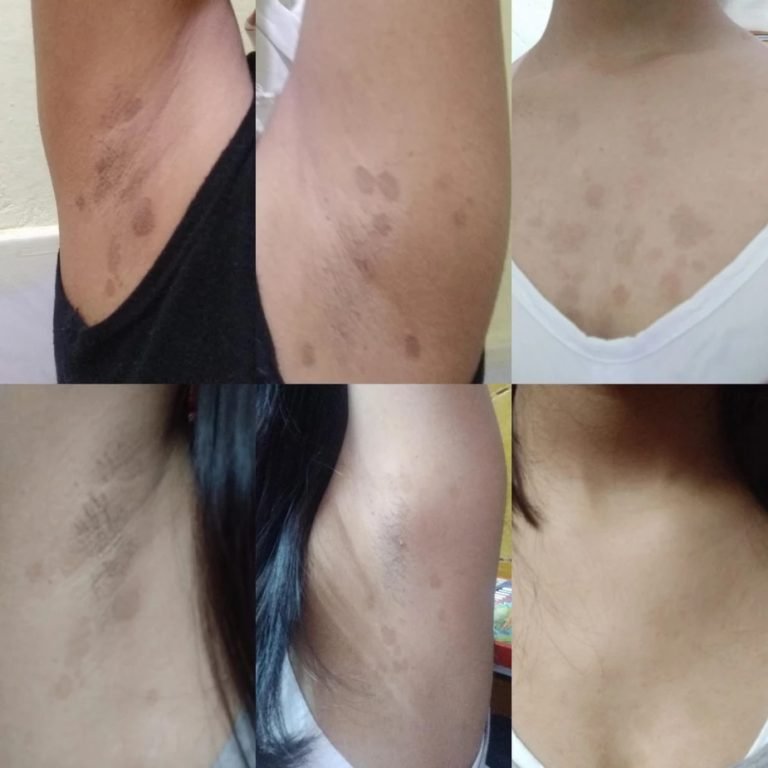 Have you observed some patches on your skin which are either lighter or darker than your surrounding skin?

It might be common fungal skin infection which is caused by yeast overgrowth named as malassezia furfur. Sometimes the rashes can be pale or dark brown with redness or itching.

It is commonly seen in teenagers and young adults. The fungus can overgrow in humid environments in people with weak immunity who have oily skin and increased sweating.

Pityriasis versicolor isn’t contagious but maintaining personal hygiene is very important. Avoid using towels and soaps or clothes of others.

Avoid using anti- fungal powders or creams as they suppress it for time being and later on the infection reoccurs again and again & become chronic.

HOMEOPATHY for treatment of Pityriasis versicolor

Homeopathy has proven its efficacy in treating and curing tinea versicolor or pityriasis versicolor.

After proper individualisation and repertorisation, a homeopathic medicine is selected which cures the infection, stops the overgrowth of yeast and corrects the discoloration. Most important, Homeopathic treatment stops the recurrence of infection.

Case of the above attached picture.

The case of a young girl was presented to me few days back. She had these dark brown circular patches on her chest, back, and underarms region. Though there was no pain or discomfort but sometimes she had mild itching.

She told in her case taking that 2 years ago she had similar patches on her upper back. She used antifungal medicines and antifungal creams and it kind off disappeared.

And now again she suffered from same but much darker and big patches on her chest, back and mainly on underarms.

After consultation and repertorisation she was given tellurium 30 repeatedly for 15days and bacillinium in high power – one dose.

In her follow up, she told the patches started to lighten and no new patches were seen.

Her medicine was reduced to twice and then to once and finally stopped. Now she has clear, patch free skin.

Similarly, my other cases of pityriasis versicolor got cured, sometimes by thuja, arsenic or sepia, based on the casetaking, totality of symptoms and indulivadualisation the the patient.